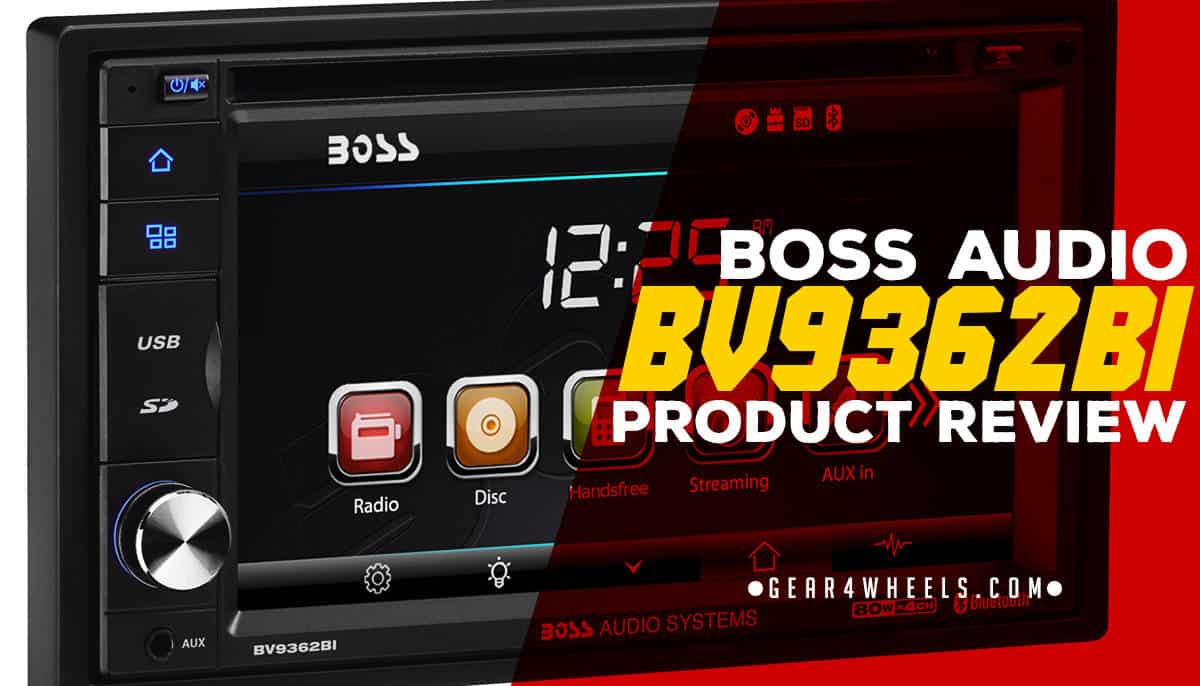 ​Sacrifices have been made on component quality to achieve a mid-range price tag.

​Mid-range in price but does boast some premium features.

​Installation can be tricky if you don’t have a wiring harness.

​In this review, we’re taking a look at the BOSS Audio BV9362BI in-car receiver, which boasts a range of features that are packed into an inexpensive shell. Though BOSS isn’t necessarily known for poor-quality products, we feel that they may have missed the mark by trying to squeeze costly functionality into a budget housing to achieve an affordable price tag. The result is a product that pales in comparison to Sony models worth twice as much or more.

CHECK LATEST PRICE ON AMAZON.COM
Quick Navigation
​Product Over​view
​Who is This Product For?
What’s Included
​Overview of Features
​Conclusion 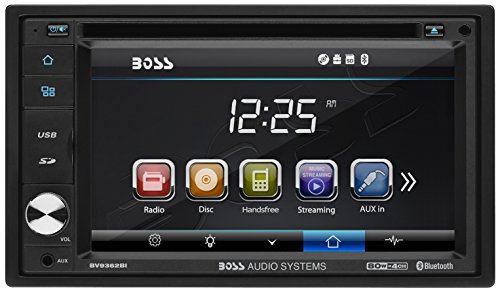 Get ready for your next journey using the BOSS Audio BV9362BI receiver, featuring an in-dash DVD player and a 6.2-inch touchscreen monitor. With radio functionality and smartphone compatibility, as well as USB music access, this media system has a range of options for playing back your favorite music. Just don't expect the best music quality money can buy.

With smartphone integration, SD and USB playback, and radio functionality built-in, this model is ideal for somebody who’s running a music collection that dates back many years and is spread across many formats. Smartphone streaming takes care of your recent songs, while playlists from the 90s and beyond can be played directly from USB or SD storage.

If you’re looking for something that both looks and feels premium, perhaps for an expensive sports vehicle, then you may want to look elsewhere. The housing is built from hardened plastic and doesn’t feel as sleek as pricier models from the higher end of the spectrum. 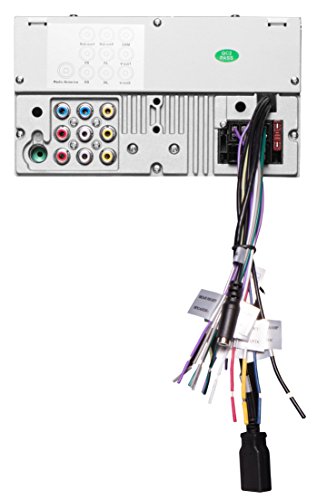 Packaged with the BVB9364, you'll get an external Bluetooth microphone for hands-free voice control, as well as a wireless remote control and integrated rear camera. There's also a touch pen for screen control, though this feels redundant on an in-car touchscreen device. Instructions are included, though they are reasonably limited and won't provide the same sort of installation guidance that you can usually expect from user manuals.

One of the concerning things we should mention is that there’s no wiring harness included within this package. A wiring harness is required to successfully hook up an aftermarket receiver in almost every vehicle, so this is quite a large concern for us. Attempting to install without a harness will extend the installation time considerably, also making it far more difficult.

Smartphone integration extends to iPhone and Android devices, in addition to portable MP3 music players. Using the Bluetooth connection, this means that you can stream your favorite music from smartphone applications such as Pandora and Spotify. Other playback methods include AUX, as well as external storage SD cards.

For a model that costs somewhere in the mid-range, it's surprising that this stereo receiver comes equipped with a color touchscreen; this is a feature that we’d normally expect to see in a stereo system that costs around 2 to 3 times more. That said, the functionality and aesthetics in terms of user interface are more limited than you'd see in a premium aftermarket receiver, with a very basic home screen design.

In terms of negatives, on starting your vehicle, it'll take around 8 or 10 seconds on average for the radio to kick in, which is longer than many more premium stereo systems. This isn’t a huge deal but considering that phone use while driving is now illegal in most states, you don’t want to be wasting time initializing your music every single time you start the engine.

​This in-car receiver is great if you want heaps of functionality, but less optimal if you’re looking for something that feels well-built and high-quality. Still, it’s got smartphone integration and numerous other playback options, so if you can deal with the minor niggles we’ve outlined above, you won’t be short on music.