Reasonable value for money, with some premium features.

Some smartphone control and Bluetooth streaming.

In this review, we’re going to look at the Boss Audio BV9364B in-car stereo receiver system. This is an aftermarket receiver that would be at home in a vehicle that either has no receiver or is running one that’s on its last legs.

As a budget-range option, you’ll likely be looking at this model if you need something functional that won’t empty your wallet. We’ll look at the advantages and disadvantages of this receiver, as well as what’s in the box and what features you get. 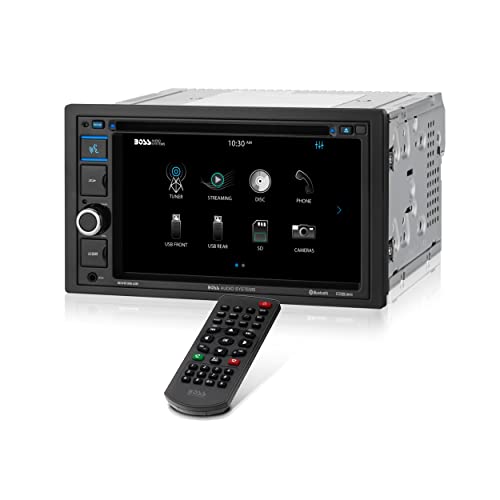 The BOSS BV9364B in-car receiver is a budget to mid-range double DIN model that features a CD and DVD player function, SD and USB ports, plus radio functionality. An AUX connection offers additional integration with smartphone-streamed media. For Bluetooth-compatible devices, there’s wireless streaming and voice commands. All this is packaged into a 6.2-inch full-color touchscreen for ease of navigation.

Who is This Product For?

It’s surprising that Boss has managed to squeeze a touchscreen into such a budget-price system, as this kind of component is usually reserved for the higher-price models. As a result, this system could be a good choice for a gadget lover who’s looking for an inexpensive option that won’t break the bank.

That said, the price tag does show through in the touchscreen’s design to an extent; some consumers have reported having to press quite firmly down on the screen from time to time in order to register their touch. If you’re always after the most expensive tech and want something to sit flush with the dash of an expensive vehicle, then this model probably isn’t for you.

Despite the inclusion of normally high-range features like the touchscreen LCD, the rest of the housing is built from hard plastic that forms fairly abrupt right angles, creating a boxy system that doesn’t scream out luxury. 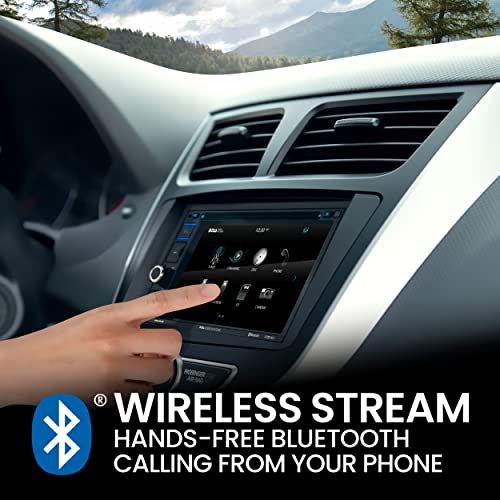 Out of the box, you get the usual BOSS-branded hardware, which comes with a BOSS-branded wiring harness. In almost every case, you’ll need a harness to fit an aftermarket receiver into a vehicle. There’s also an external Bluetooth microphone included for using the integrated voice control, plus a wireless remote for quicker menu navigation.

If you get stuck with a first-time installation or working out the features, then you can refer to an included user manual. Finally, the warranty information for the receiver system is printed onto a warranty card that’s packaged in the box. 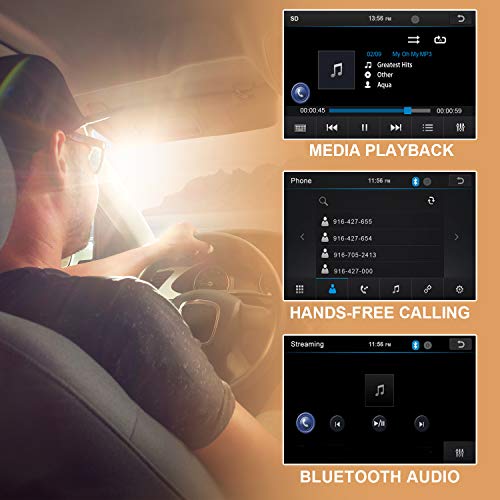 Though the system comes with a remote control included, the mantra ‘less is more’ hasn’t really been adhered to. With far too many buttons, it’s a very busy-looking user interface that will be hard to use at a glance, before setting off for a journey for example.

With any in-car system, wireless remotes can be useful for performing fine-tuned audio setting adjustments or browsing deep menu systems, but the level of functionality offered should be balanced with user-friendliness to ensure that the peripheral isn’t slow and cumbersome to use.

Additionally, volume control when using the radio feature can be annoying at times. There’s no gradual increment between volume notches; upping the volume by a single point results in a large jump in volume. However, this isn’t something that affects the USB, DVD, or AUX playback methods, so there’s likely been some inconsistency in user testing there.

Overall, this receiver system gives us the impression that Boss has tried to squeeze some premium features into a cheaper housing, while trying to retain a budget to mid-range price tag.

This results in a system that at first glance could be impressive, if a little cheaply put together, but unfortunately has a number of user issues tucked under the hood.

That is not to say that it won’t work well for somebody who wants touchscreen functionality at a reduced cost, but you’ll have to make peace with some of the niggles, such as inconsistent volumes when listening to the radio, and difficulty registering touch.