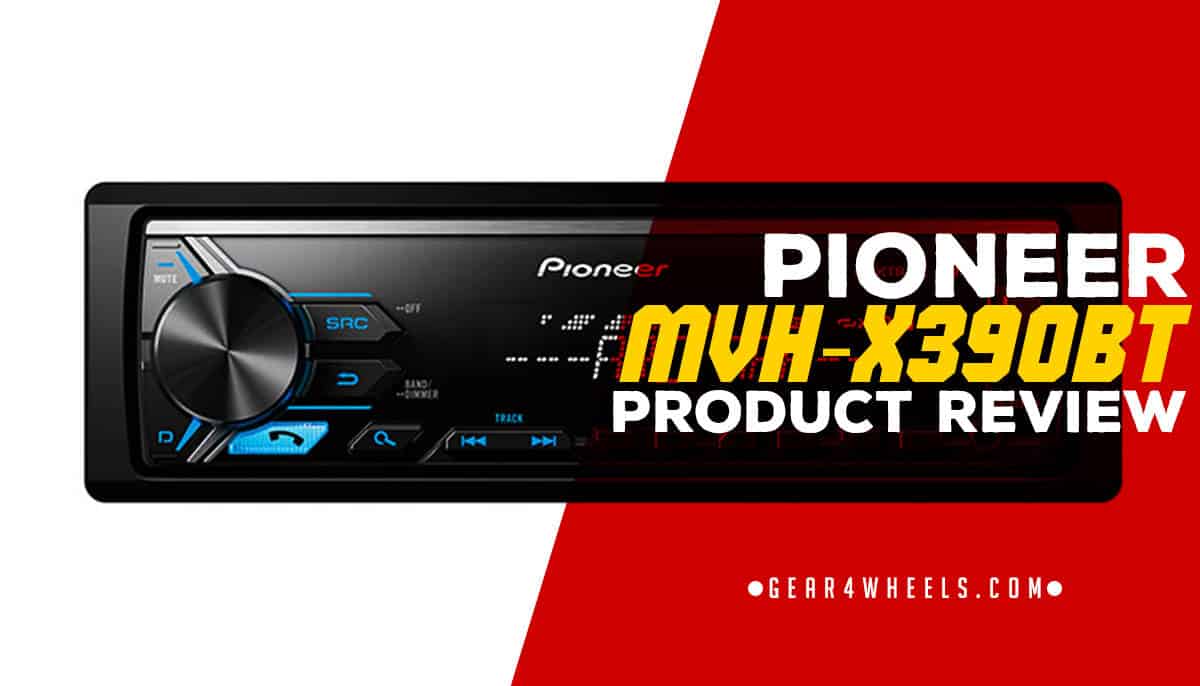 ​Doesn’t feel cheap, though a touchscreen could improve things.

​Excellent value for the money, though no CD player functionality.

​Genuinely easy to install and set up for the first time.

Like its predecessors, the MV-X390BT boasts impressive value and simplicity in design, even when compared to units twice the price. The general feeling exuded by this product are that it was created with smartphone integration in mind, as opposed to this being a tacked-on feature. Within this review, we’ll look at the features that come as standard, as well as highlighting the advantages and disadvantages to be had with this receiver when compared to others.

The Pioneer MVH-X390BT digital media receiver has a simple user interface, with excellent Bluetooth support, and one of the easiest installation processes we've come across. Though it lacks CD player support, and the radio functionality is relatively basic, it remains an excellent choice for your aftermarket receiver needs. 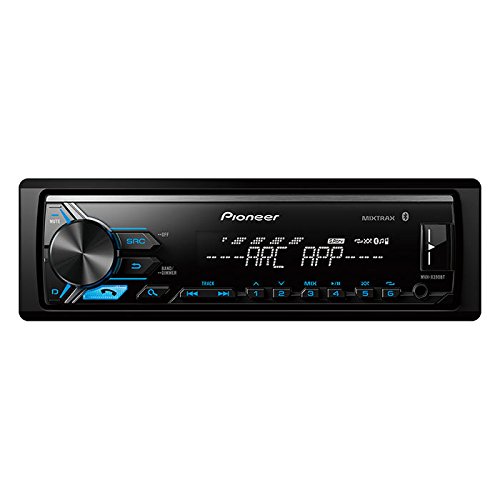 If your aftermarket receiver absolutely has to have CD compatibility, then you’ll want to look elsewhere. This receiver sacrifices CD playback in favor of extensive smartphone integration options, remaining reasonably compact. Despite a lack of CD compatibility, you'll still find external storage playback through the USB thumb drive support.

Within this package, you get a whole range of essential components and extras. Aside from the digital media receiver itself, you'll get the face, sleeve and trim ring, all pre-installed by default. These will be accompanied by the components that are essential for installation, including the wiring harness, two-sided tape and pan head ISO-mount screws. A wiring harness is required to install an aftermarket receiver in the vast majority of vehicles, so it’s good to see this included as standard.

Also included within this package is the wireless remote control, which can prove essential in performing fine audio tuning or getting the unit set up for the first time. You'll also get a microphone for controlling voice features and answering hands-free calls via your connected smartphone. This comes with a sun visor clip, with 13 inches of cable providing enough installation wiring for even the biggest vehicles.

Despite the occasional niggle in getting devices to pair properly, Bluetooth setup on this Pioneer receiver takes a few seconds rather than minutes. Something called 'Secure Simple Pairing' makes the setup quick and easy, rather than requiring a code to connect.

Menu navigation is snappy and responsive, with unused ports not being displayed; this improves the speed and recognition of in-use inputs. In terms of ease-of-use, there are also pre-stripped wires included by default, making installation easier than similarly priced alternatives. Features such as these truly help to set Pioneer aside as a quality manufacturer of in-car audio systems.

The one downside we must mention to remain unbiased is the lack of a CD player. This is a feature that we'd normally expect to see as standard in even the cheapest of receivers.

That said, we've already highlighted that the design of this stereo has been thought out with the smartphone user in mind, plus this saves space on your usual CD receiver.

Most users won't even notice the absence of a CD player, and if this does bother you, then you can easily pick up an even more inexpensive model with CD compatibility built in as standard.

As far as ease of installation and setup goes, the Pioneer MVH-X390BT is one of the most straightforward aftermarket receivers we’ve found. Physical installation is simple, as is the configuration of preferred audio options. Despite the lack of a CD player, audio playback options are extensive, and the smartphone integration is some of the best available in the aftermarket receiver industry. Though the model could benefit from a touchscreen, that doesn’t detract from the overall strong build quality of this product.