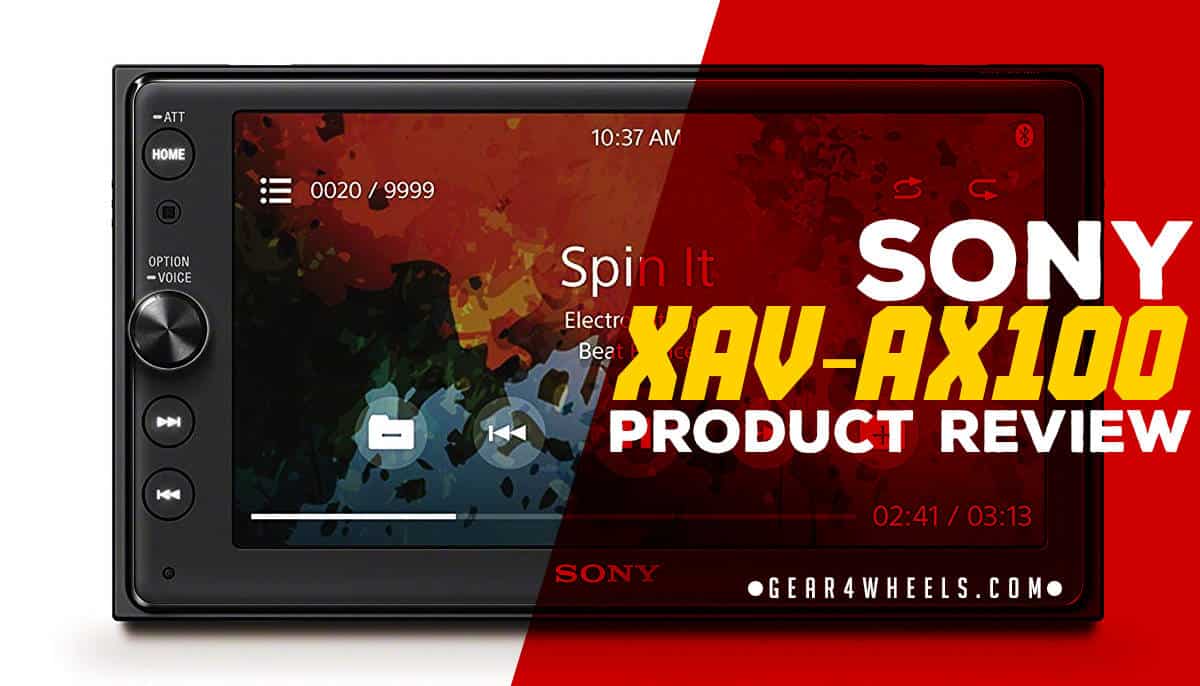 ​Sleek and attractive, this model enhances the look of any vehicle interior.

​This in-car player loses points for a lack of DAB radio at such a high price point.

​Boot times can be slow, but full voice control keeps your hands free.

In this review, we look at the Sony XAV-AX100, an in-car entertainment system with support for not only traditional radio, but mobile integration. Before you commit to a purchase, you should know what you’re getting and whether you’re getting value for your money. We’ll explore these points below in more detail.

Released in 2016, the Sony XAV-AX100 is a hands-free media and entertainment console for use in your automobile. When connected to a compatible Apple or Android mobile device, you're afforded effortless voice control over the various functions, keeping your eyes firmly focused on the road.

​Though the product hasn’t been through any continuous improvement via new iterations, functionality is continually updated through releases from the mobile phone manufacturers themselves. For example, iOS 12 boasts support for a wider variety of third-party applications than were originally supported at launch. This means that users could continue to benefit from free feature upgrades on a rolling basis. 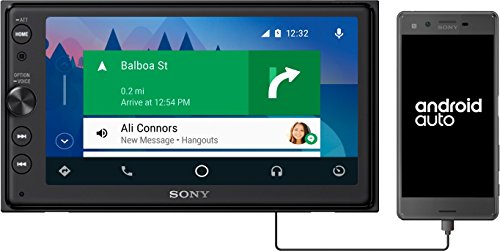 This model from Sony is perfect for a family in which there are multiple types of mobile device in use.

With support for both Android Auto and Apple CarPlay, it won't matter if you and your spouse or siblings are divided on who manufactures the better smartphone.

Everyone will be able to connect their phones, whether that’s an iPhone, Samsung, Pixel or otherwise.

However, it's not perfect for heavy users of DAB (Digital Audio Broadcasting) radio. Surprisingly, for a model that isn't exactly classed as a budget product, this device doesn't come with DAB, having only support for analogue radio.

A new model will normally set you back several hundred, so if you haven’t done your product research, the absence of such a feature can be an unwelcome surprise. 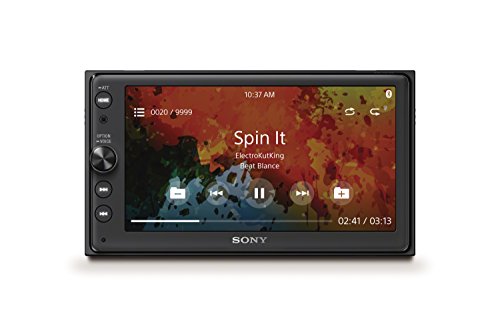 Of course, out of the box you'll get the Sony receiver itself, which many users find to be smaller than expected; this is likely down to the 6.4-inch screen.

The bundle of wires supplied with the receiver include a USB extender, a wired microphone, which provides the voice control, Velcro and screws for securing the model in place, and a wiring harness.

The package also comes with a remote control; though you’ll predominantly be using voice control or the front-mounted buttons and knob, the remote is a welcome addition for quick navigation and for setup purposes.

Through the setup, it's possible to customize a range of options on the receiver. For example, you can program certain functions to be controllable from your steering wheel's control inputs, as well as having a choice over more basic, aesthetic functions like the selection of 5 included wallpapers.

For an aftermarket in-car receiver, the integration that Sony has achieved with CarPlay and Android Auto is incredible. This is baked right into the physical buttons on the receiver itself, and the on-screen user flows don't feel bolted-on.

The player also comes with dedicated physical buttons for skipping through tracks or selecting specific ones, in addition to a volume knob.

What's more, there's a 'HOME' option that alternates you between the CarPlay and Sony user interfaces, which also doubles up as a power button when depressed and held.

We’ve alreadytouched on this, but the lack of DAB radio will be a killer for some users. It’s a basic feature that comes with many modern cars off the forecourt, so it’s going to be sorely missed by those who have become accustomed. In addition, the lack of DAB means that you’re always going to be using up your precious mobile data when streaming music.

This could get pricey if you’re not on a good data plan.

There are also a couple of other negatives worth mentioning, so that you know exactly what you're getting.

There is no CD/DVD player and no HDMI input by default, though the latter is less of a commonplace commodity in anything but the most modern cars.

You'll also lack an AUX input. None of these are deal-breakers, and the use of mobile music streaming makes CDs and DVDs somewhat redundant. At a cost, there’s an optional extra for a DVD mount should you decide that you can’t be without it.

One of the key selling points of in-car entertainment systems nowadays is mobile compatibility. Many music lovers are steadily ditching the unpredictable nature of radio stations, and instead opting to supplement their car journeys with a self-selected playlist of the songs they like.

Fortunately, this makes the Sony XAV-AX100 the perfect entertainment system.

We love the full compatibility for both Android and Apple mobiles, not restricting itself to one subset of users. What’s more, with compatibility for a wide range of applications in iOS 12, it’s possible that the functionality on offer with this model will only continue to expand in future.

Scroll back to top