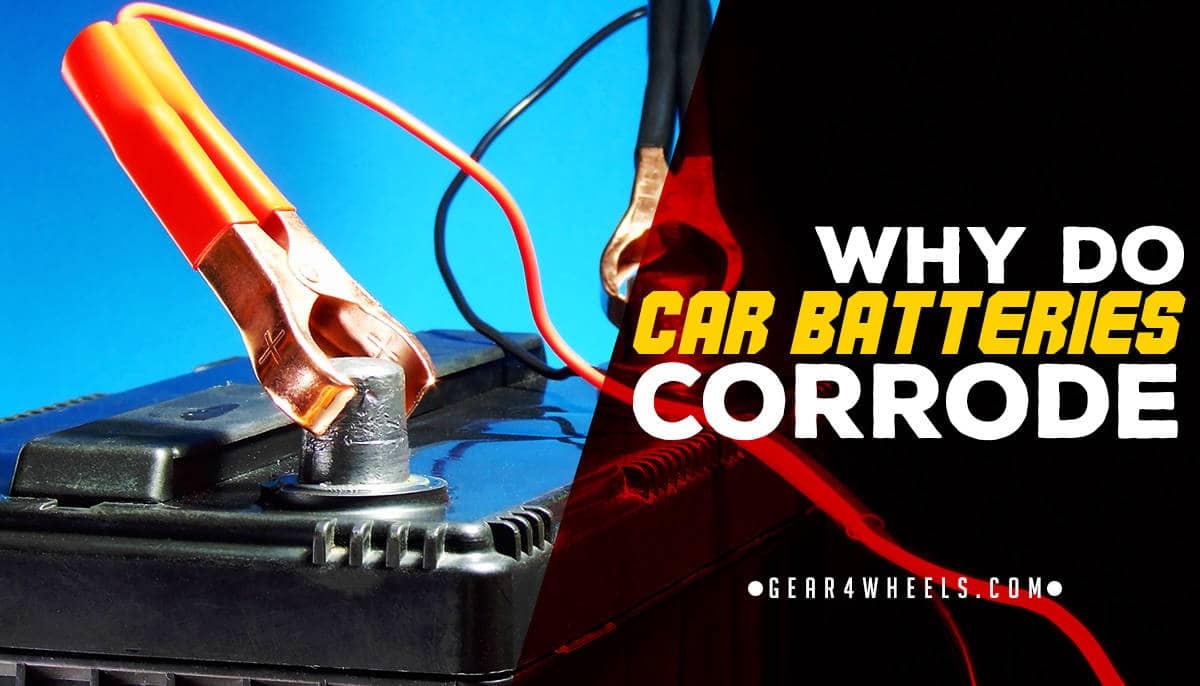 This week I want to aswer Kevin's question back on the post where I reviewed my favorite car batteries.

So i'm going to dive right into it to help you find out why this happens, what's the effect it may have in your car's functioning and how to get rid of corrosion!

Quick Navigation
The reason ﻿﻿S﻿﻿﻿﻿OME﻿﻿﻿﻿﻿﻿ car batteries corrode:
When does this happen?﻿
﻿Negative effects of corroded terminals.
How to clean the terminals from corrosion.
Wrapping Up:

The reason SOME car batteries corrode:

I'm sure you've seen this before: Corrosion (this blue-ish dust) on the battery's terminals happens only on lead-acid batteries, and it is caused by the hydrogen gas that acid releases when it reaches certain temperatures.

It mixes with other components from the atmosphere and it attacks the metal terminals from the battery as they are exposed to air.

When does this happen?

As a rule of thumb, you'll find corrosion on the negative terminal of the battery if this is under low charge  and it will appear on the positive (red) terminal if the battery is being overcharged.

We'll typically find corrosion on the negative terminal as batteries are usually being undercharged. Which by the way is a good way to spot a malfunctioning alternator's regulator (corrosion on the right terminal)

Corroded materials do not have the same electrical properties as their non-corroded versions.

A layer of corroded lead will have an impact on the amount of power that the battery can deliver as it encounters an initial resistance.

This is typically one of the first things to check when the engine has cranking issues.

How to clean the terminals from corrosion.

I have good news:

It's very easy to clean the terminals and prevent further corrosion to happen.

Here's what you have to do.

So as you've seen, solving this corrosion issue is really easy.

However, I'm sure you noticed I said "SOME" batteries...

AGM batteries and other kind of batteries don't suffer from this issue.

Consider it when purchasing your next car battery!

If you have any questions, hit me with them on the comment section below!